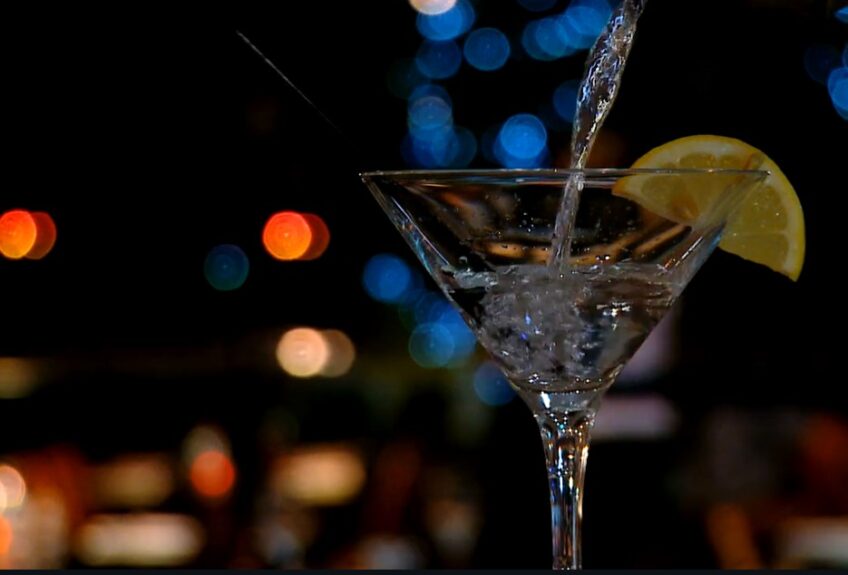 The world of drinks brought us various types of special glasses in which we serve specific types of spirits, wines, and alcoholic beverages. In that world, there is no glass such as the one for a Martini. It is delicate, elegant, and flat-out beautiful. In today’s article, we are going to talk about the life and death of the Martini glass and touch on its history.

It has a highly recognizable V-shape and a fine stem that serves countless delicious cocktails all over the world. This is a truly iconic glass that actually has a rich history that dates back all the way to the 1920s. Moreover, this glass is linked with the most fashionable among us, and its elegance is truly historic. We have a lot to cover regarding this topic, so let us start without further delay.

Even though cocktail glasses and Martini glasses are often considered the same by laymen, there is a difference between them. The latter is slightly smaller and more rounded, while it sports a shorter stem and a narrower rim.

The History of the Martini Glass 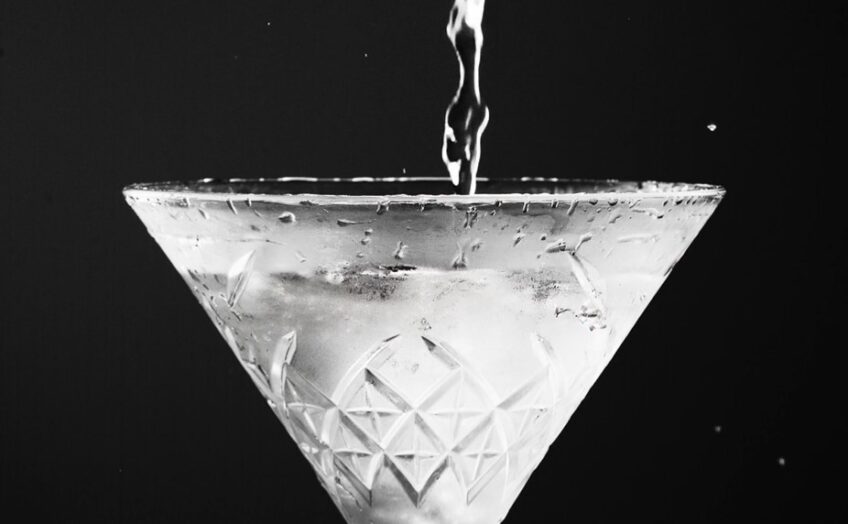 The Martini glasses are actually younger than the drink itself, and not by a small margin, but around for decades or so. The early Martinis were typically served in champagne coupes or variations of similar glasses, as were most of the “up” drinks back in the day.

Even though the Martini is considered an American drink, some historical sources claim that it actually originates from Europe. Based on these sources, John Paul Aegius Schwartgendorf emigrated to France in 1758, where he became Jean Paul Aegide Martini in conformity with fashion in Italy.

According to this story, he enjoyed the drink in which he mixed gin and white wines, which became popular among musicians in France. Apparently, some musicians that came from Europe to America mentioned the cocktail named “Martini.”

As far as the American origin story goes, the first Martini glass was created in the 19th century, and it was called a “cocktail glass.” During the 1920s or the Prohibition time in the United States, this glass became very popular due to its elegance and style.

However, one of the main reasons for its popularity was the fact that it could have been quickly and discretely discarded in case of a surprise Prohibition police raid. This beautiful and unique glass was later named a “Martini glass,” with the intention of reflecting the signature drink served in it – the Martini cocktail.

This glass is a perfect fit for this drink, as its small capacity is perfect for indulging in a strong alcoholic cocktail. The long stem on this glassware also provides an advantage as it offers excellent thermal insulation and encourages a grip that will not interfere with the temperature of the beverage.

Lastly, this glass has a wide rim that perfectly diffuses the aromas, and the large surface area creates tension within the glass and allows the spirits to release their potent flavors and aromas more efficiently.

The Popularity of Martini Cocktails and Glasses Throughout the History 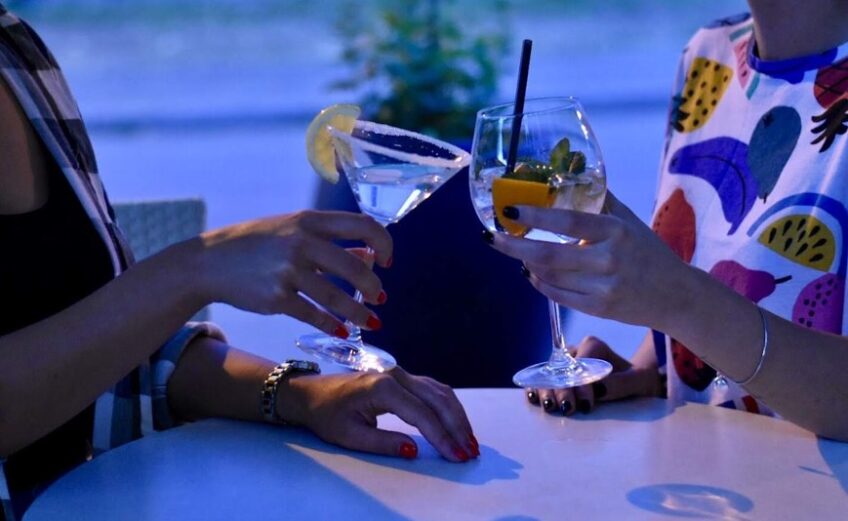 Ever since its invention, the Martini cocktail rapidly grew in popularity. As it was invented in the mid-19th century, it started peaking in the 20th during the Prohibition time. It was often labeled as “Outlawing liquor,” and over the course of years, it laid the groundwork for the rise of the cocktail party, a cultural institution that eventually became a fixture of American life for the upcoming decades.

The process of making a Martini became almost ritualized, as well as the approach to serving it. In the 70s, this beverage recorded a decline, and in 1973, Esquire described it as “a bitter medicinal-tasting drink” that represented “everything from phony bourgeois values and social snobbery to jaded alcoholism and latent masochism.”

In 1976, it got mentioned in American politics when in a debate between Gerald Ford and Jimmy Carter. It was suggested that the working class was financing the “50 USD martini lunch,” which marked the drink’s reputation as an unfortunate emblem of conservative America.

Nevertheless, the Martini and the glass remained part of the culture and were used in many oversized fruit-infused vodka drinks throughout the 1980s and 1990s.

Although today’s craft cocktail movement has changed, the glass remains, for many people, one of the last remaining pillars that are iconic and highly popular. Martini glass has been effectively usurped in favor of rounded, even more classic stemware.

It is a bit ironic that the same element of symbolism that first launched these glasses to fame is what led to their ultimate demonization within the cocktail market. This glass is still a prominent fixture in many parts of the planet, but many mixologists wonder whether it is set to fall by the wayside or perhaps come back around.

What Do Bartenders Think About the Martini Glass? 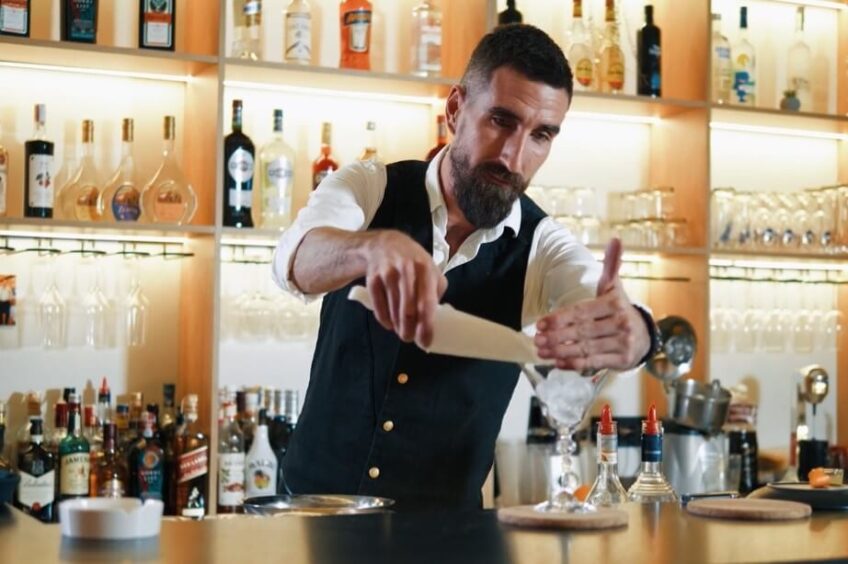 It may come as a surprise, but nowadays, there is no glass more despised by bartenders than the Martini glass. They generally consider it problematic, impractical, and odious. Bartenders claim that these glasses basically “spill everything,” but the fact that they hate them is also connected with the drinks they serve in them.

Complicated and delicate cocktails are usually served in these glasses, which may be one of the main reasons for this hate. However, these reasons are not solely to blame for the glass falling out of favor, as the history which we have written about has a lot to do with it. It is what Martini glass has come to represent, and many find the whole history a bit appalling.

Classical martini glasses are very fragile and sometimes very difficult to maintain. However, there was a point in time when you could have found stylish wooden Martini glasses on the market. These pieces were a product of David Rasmussen Design, who created stylish wood cocktail glasses.

Moreover, they were highly practical, made of wood, and fully sealed with an FDA-approved finish that kept drinks colder than in a normal glass. Maintaining this finish was super-easy, as you had to clean it using only a damp cloth, soap, and water, but it was not a dishwasher-safe item.

It is safe to say that this glassware is certainly rich in history and has deep roots in both Europe and the United States. However, time has degraded the reputation of both the drink and the glasses from which it was drunk, so it is not surprising that many wonder whether it will fall into oblivion or come back around.

However, we should acknowledge this glass’s debt to a past full of elegance, style, and cultural significance, and who knows, perhaps it will make a comeback, if not for anything else, then for a nostalgic effect at least.